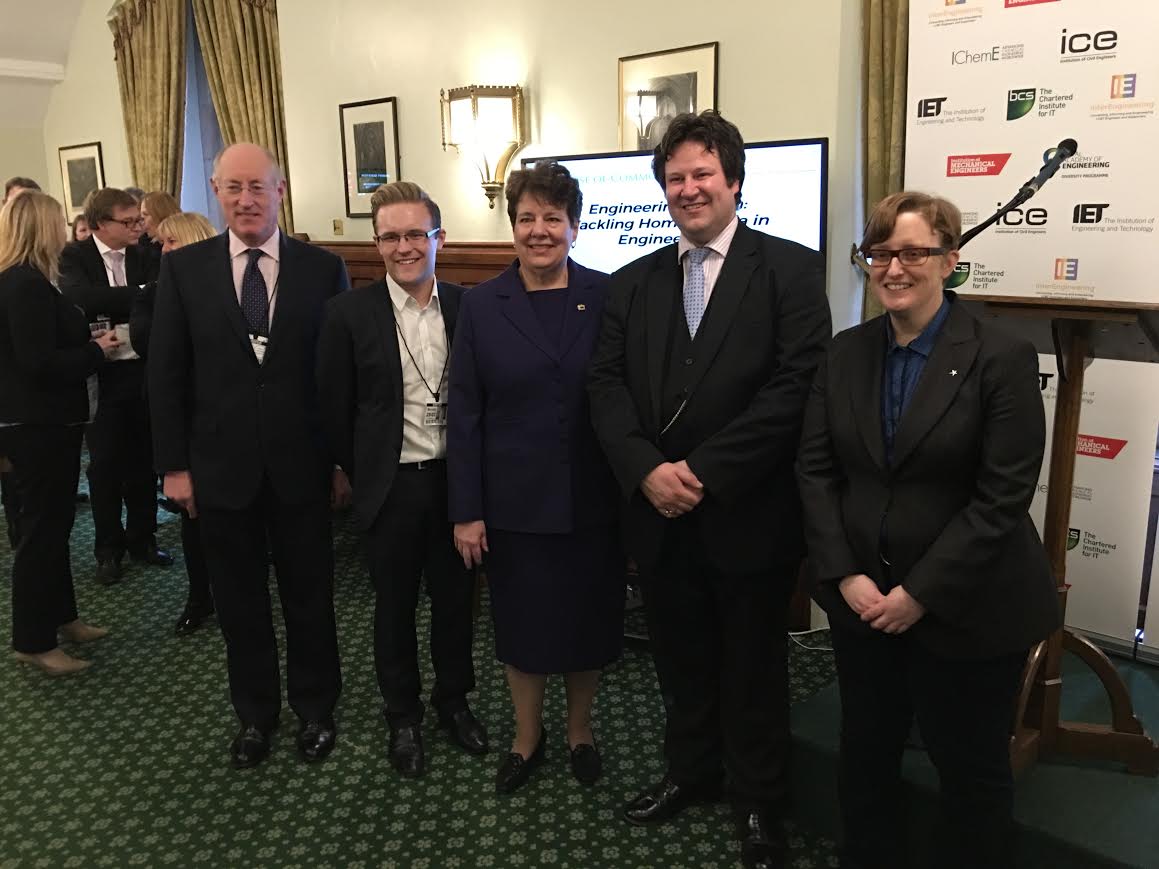 In November 2015, we published our first report “Engineering Action: Tackling Homophobia in Engineering“, co-authored by Mark McBride-Wright, Chair & Co-founder of InterEngineering, Alec Shelbrooke MP for Elmet & Rothwell and Joshua Harvey, Parliamentary Caseworker, and also including a foreword by Lord Browne of Madingley, former CEO of BP and author of The Glass Closet.

The report highlights further action is required within the engineering industry to tackle homophobia and its effect on productivity. It is suggested that a potential contribution to GDP of £11.2 billion a year is currently lost due to bullying and pressures on lesbian, gay, bisexual and transgender (LGBT) engineers in the workplace.

Through the kind sponsorship of the Royal Academy of Engineering and BP Alec Shelbrooke MP hosted InterEngineering at the House of Commons with leading figureheads invited from all UK engineering institutes. The event saw a good turnout and The Chemical Engineer filmed it for us. See below for footage from the event:

Alec welcoming everyone to the event and spoking about his surprise of learning about homophobia in engineering from the 2015 NCE article:

Philip Greenish CBE (Chief Executive, Royal Academy of Engineering) speaking about the work of the Academy:

Mark McBride-Wright giving an overview of the key action points from the report as well as some examples of LGBT engineers who have contacted the network:

Ruth Hunt (Chief Executive, Stonewall) noting that engineering companies are significantly lacking in the Stonewall Workplace Equality Index relative to other industries which have been much more proactive on doing more for LGBT inclusion:

Alec Shelbrooke closing the evening by asking those present from engineering institutes to consider the suggestions in the report and how they can adopt them as a way to encourage engineering companies to take a proactive approach:

In summary, the report stated Engineering companies should: