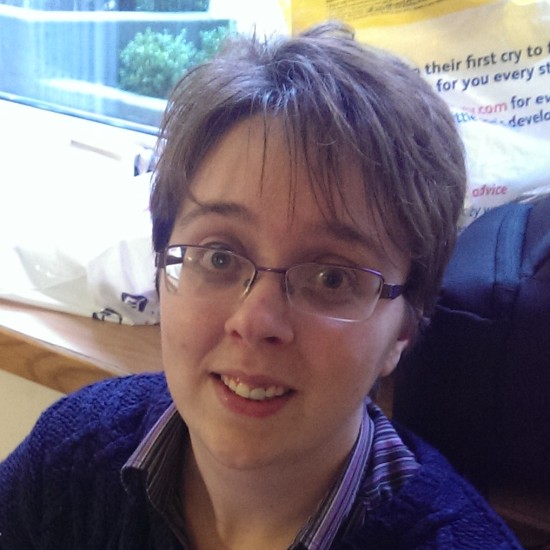 Becoming an engineer is by far the best decision I have ever made.

My name is Hayley, I’m a safety engineer and I’m also a lesbian. I qualified as an engineer 18 months ago from the Ministry of Defence Engineering Management Apprenticeship Scheme, becoming an engineer is by far the best decision I have ever made.

Coming out at work as been a staggered process, in previous workplaces I didn’t actively come out to my employers and I didn’t really care whether they knew, because I didn’t care about the job. I started at the MOD with the intention of having a career, which brought with it a set of fears I hadn’t had to deal with before. What if my manager or colleagues had a problem with my sexuality? What if my teachers or assessors did? Would I meet other gay people? Additionally I worried about whether my gender would be a problem in such a male dominated industry.

I came out very early in the first year of my apprenticeship to the other apprentices, I think because we were based at college for the first year and I didn’t feel like my career could be threatened by anyone in the same year as me. Additionally as students we socialised a lot together, so it would’ve been very difficult to separate personal life from work life and there was another apprentice in my year, who was also a lesbian.

Once in the workplace I moved around different teams every 6 months for the rest of the apprenticeship. This is common among apprenticeship and graduate schemes in engineering and an area where improvements for LGBT engineers could be made as every 6 months I had a repeat of the feelings of fear I had when I first joined. Even if you’re confident that if there was a problem you’d have the support of your management chain you worry; because you’re not working within your management chain, you’re working in a different team. You don’t want a situation where you have to take action and move placements, because it can cause delays with your development and you worry that word would get around and teams would potentially not offer you placements. I also didn’t know how to raise these issues to my management as I wasn’t confident that they would understand my position.

In my final year I discovered the MOD LGBT Staff Network, and while none of the committee were engineers; it did give me a route of support that I felt I could turn to if I did come across issues with my sexuality within and outside the workplace. Shortly after, I came out to the apprentice management, and they were incredibly supportive of me getting involved with the LGBT staff network. Since then I have come out to every team I’ve been in and I’m confident that if there were ever to be a problem in the future, I would have the support and guidance to face it.

It’s not a secret that the engineering industry has a lack of diversity in many areas, such as the small amount of female professionals operating within this industry; however, the other areas have been more actively and publicly tackled than LGBT diversity. I’d like to see the professional bodies, like the IET and IMECHE, take a more public stance on tackling these issues as they do with tackling the shortage of women engineers, a simple example of this would be for them to attend LGBT Careers events. I’d also like to see more engineering companies having LGBT staff networks, to offer support for the particular issues that LGBT engineers face within and outside the workplace.